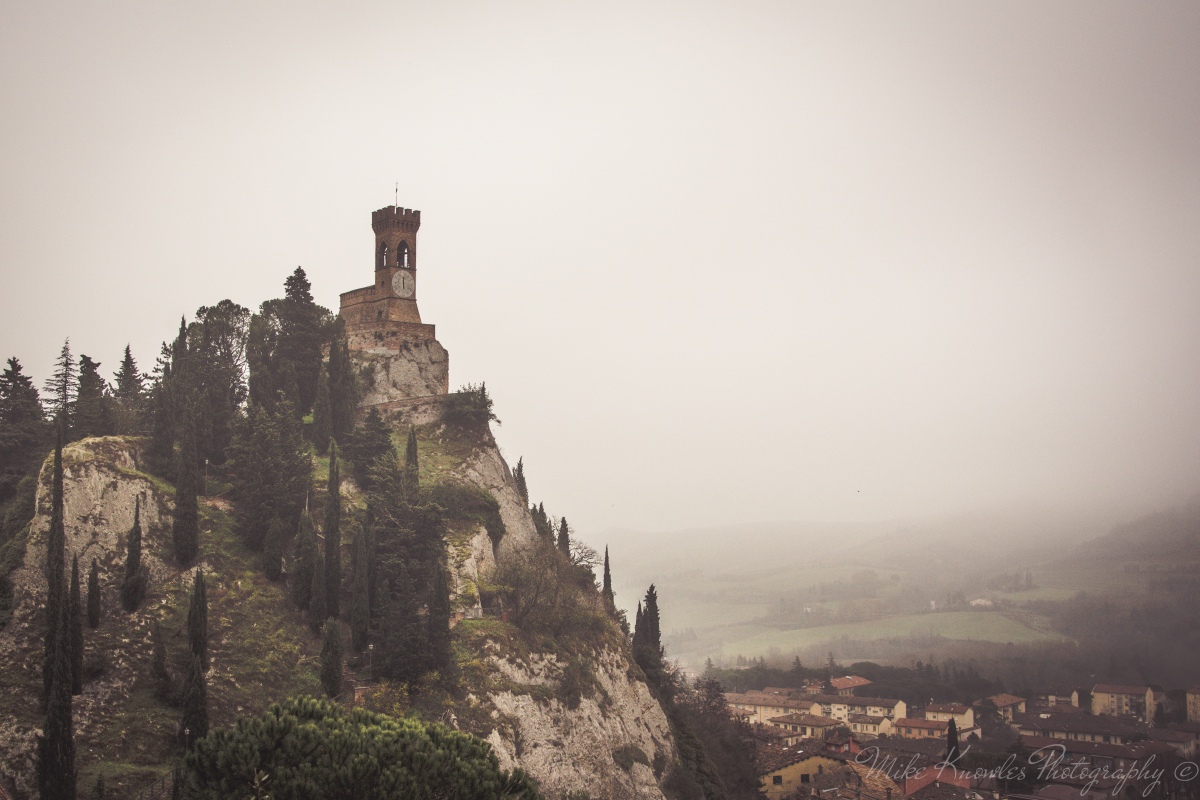 Somewhere in the hills between Bologna and San Marino, sits a vintage little town called Brisighella. This beautiful medieval village is small, but the scenery surrounding it is fantastic. 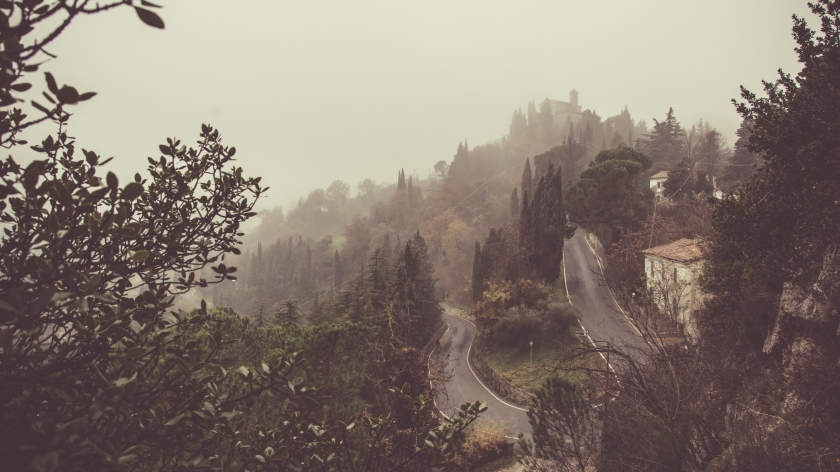 From Bologna it’s roughly an hours drive along two main roads, the SS 9 (accessible from the E 45 Autostrada) and then the SP 302.

You can get there by train by heading to Faenza station and changing there for Brisighella.

We stayed in a beautiful family run hotel called Albergo Ristorante La Rocca. It is right at the heart of the town, with its own mini-spa and restaurant (the food is delicious), roof terrace with an all-round view of Brisighella and the clock tower, and the owners and staff are very friendly; so much so, the lady-owner personally came out to say farewell and wish us a safe journey home. We even received our own breakfast table full of various biscuits, pastries, meats, cheeses and cereals; although this was probably because we came on a Thursday before Christmas, and there weren’t many other guests. All of this cost me €85 for the night. 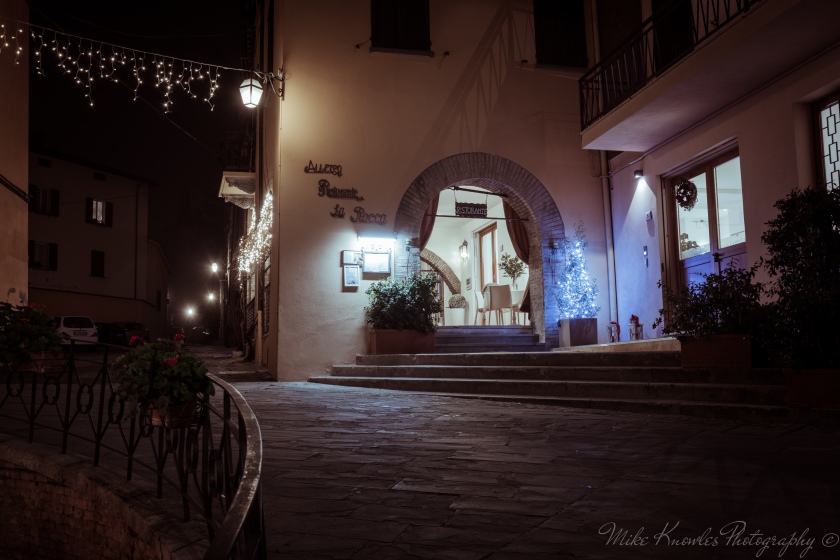 Things to do and see

Although Brisighella is a small place, there are several things to see while you are here. 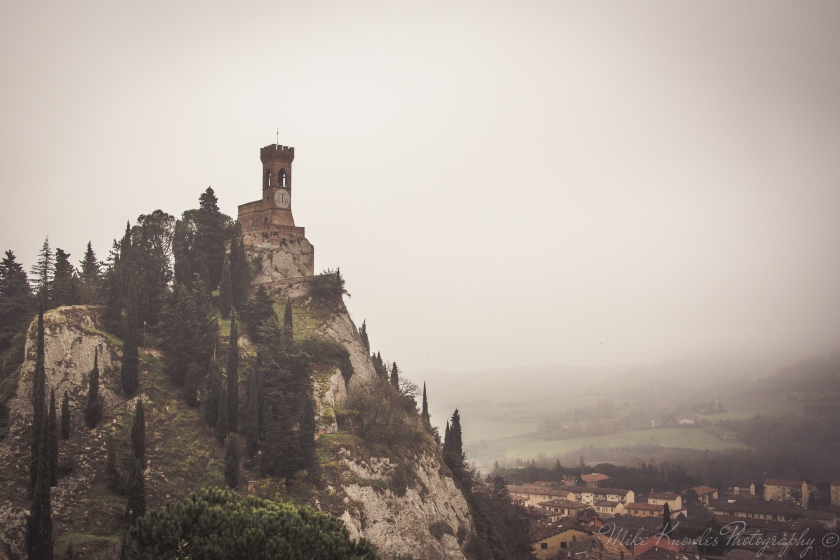 Originally built using chalk rock, the tower was completely rebuilt in 1850, including a 6 hour clock . Different. 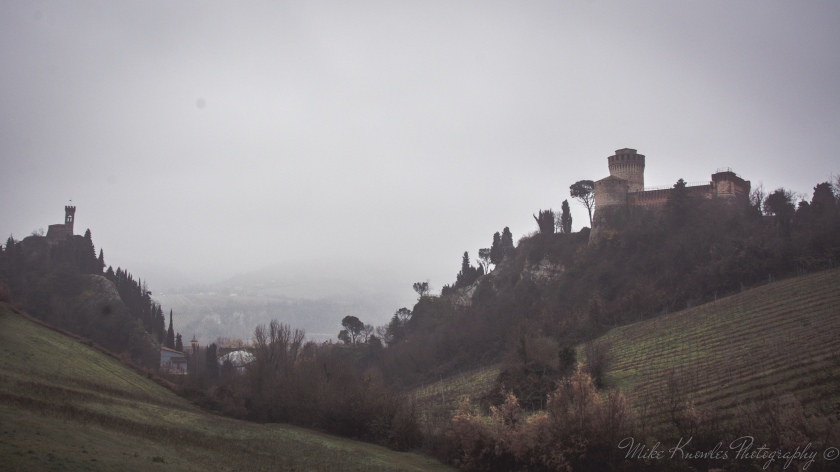 From the castle there is a road (more of a track) that you can walk along and it will take you to the clock tower, with a view of both structures along the way. 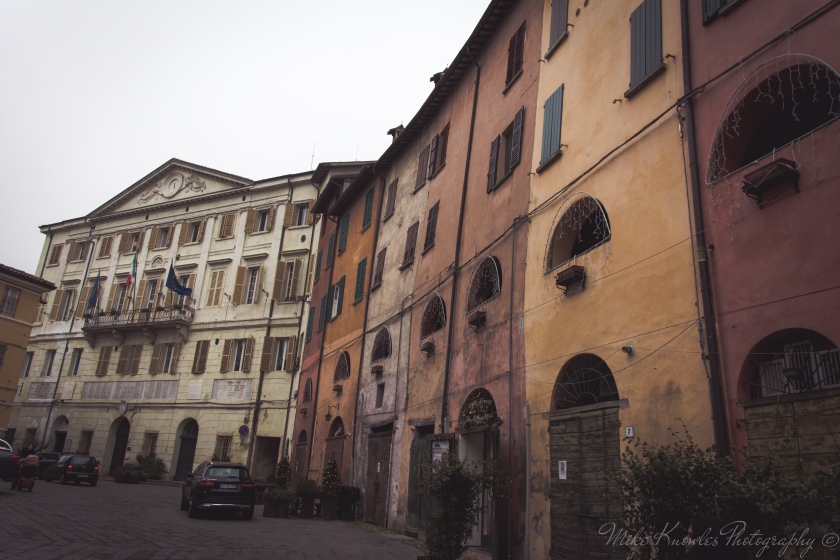 Nicknamed ‘Donkeys Alley’ because it was mainly inhabited by carters who used the alley to transport Gypsum from the local mine using their Donkeys. 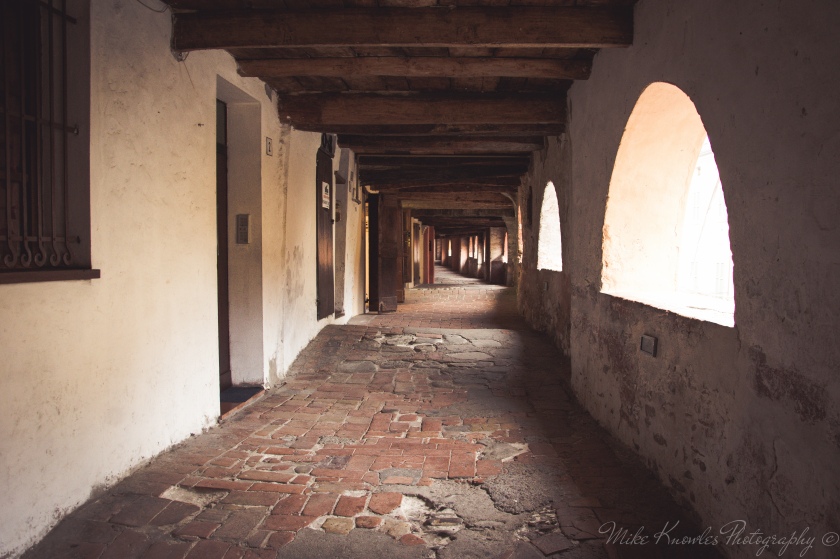 For a small town, there are many other things to do and see here, including caving in the nearby national park, wine tours, an open-air geological site, and the Madonna Del Monticino Sanctuary are just some examples. It’s a great place well worth a visit. 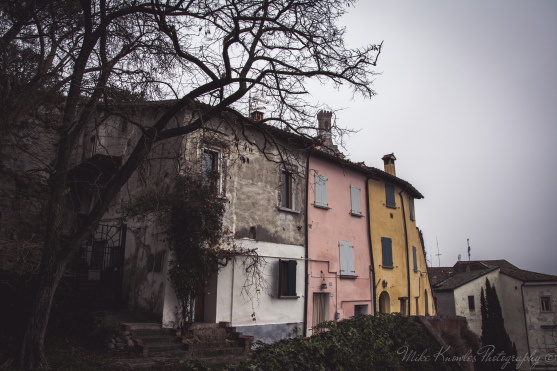 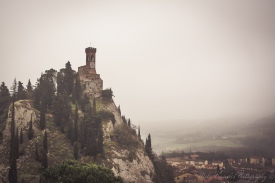 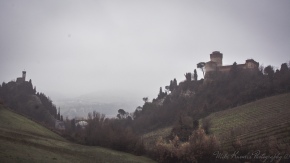 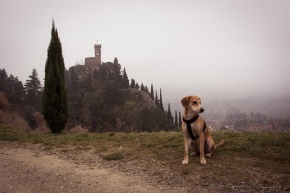 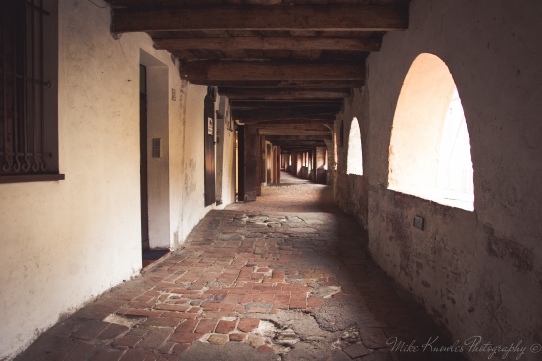